I have admired Johnny Depp ever since Finding Neverland and Public Enemies.

So when news of Depp has appeared, I've read it. I've skimmed the headlines and read the first paragraphs of stories relating to his divorce, his pets in Australia, his drugs and drinking problems. I won't argue in support of his vices, but I must say I've felt sad for him, as I have for Kobain and Morrison and Keith Moon and Janis Joplin and Judy Garland and all those achievers who took to drugs to cope with pain. I listen to Keith Richards, and every time I see pictures of him, there comes to mind the fresh-faced photographs from his youth, of a man who lost his good looks to horrendous drug abuse.

I hadn't known when I was first reading them, that narcotics took the lives of Edgar Allan Poe and Truman Capote.

Drug-use cannot be promoted in any circumstance, of course. Yet, one does not take a moralizing approach toward these artists from faraway places. Instead, one asks to know, and with sympathy, what drove them to drugs. Having found such answers as one can glean from the net, one empathizes. None scuff their feet and begin a campaign to malign them and to ask why they weren't put in jail.

Now, suddenly, here at home, there's a rash of drug-related news from Bollywood, and Sandalwood, which is our local film industry. Several actors are arrested (or called in) by the police for questioning, and the media has been positioning these stories way on top of everything else. Most TV channels are so excited they've forgotten due process and pronounced subject persons guilty, and determined and demanded punishment, rendering irrelevant the role of the assigned judge.

Meanwhile, there's a looming threat on our borders, the economy has tanked, the virus is raging without intimating an end date. But our establishment-friendly media has kept everybody overfocused on star gossip. In place of grave concern regarding real issues, there's glee drawn from the sweet smell of scandal.

And why are we, the people, preferring this poison? Schadenfreude? We seem happy to be fed loud, authoritative confirmation that so many stars are so depressed they're committing suicide one after the other. And delighted at their pain that only drugs can alleviate. The real and present dangers that are upon us don't matter so much, because … see? See how the stars are suffering! See how they're all on drugs! They are not a happy lot — as we'd suspected, as we'd hoped! They're a lot more unhappy than we. Things are actually all right with us!

It's a disposition serves a certain class well, and may well have been engineered by it, planted in the psyche of the majority that supports it. It is so easy to do that, the guidebook has been in circulation a long time now, and is best used by the most muscular. A diversion better than "games to the people" has been let loose and lapped up and the lusty majority is high on it.

Image: MirSuhail via Art of Resistance 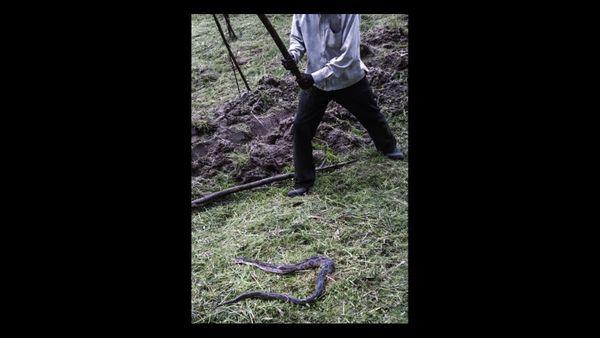 "Why this particular fear of the mandala"? I asked him. "The cobra is poisonous, and they're here in greater numbers. You never mention a cobra sighting." 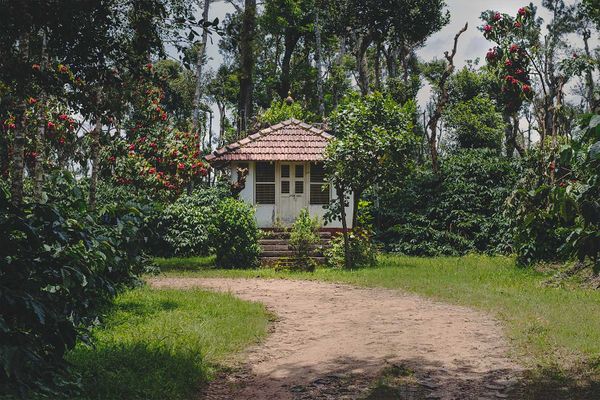 "We've hardly any corona," they said. "A fellow goes to the hospital with a fever. They throw him in a ward. They send him home in a few days. It's a scam."