Last week, I saw a pretty picture, a sketch in colour of an old man leading a child to a temple. The man is big, and although only his back can be seen, you can tell this is the man that trumpets the size of his chest. The child is blue, like in an Amar Chitra Katha book, and armed with kid-size bow and arrows. A breeze has caught the tail of the man's kurta and blown it, imparting kinetic energy to the moment. Flowering trees flank the temple and frame the picture — they are somewhat autumnal in appearance, a chill framing round a flaming temple.

The temple has pleasing contours. A reddish hue grips it all round, and crimson is the pennant fluttering atop its vimana. The man's vest is saffron; the child is clothed in red.

This sketch is all about a red hot moment that the nation watched on TV, on Aug 4, 2020.

And this is no ordinary man: He is Modiji, the Prime Minister of India. And that is no ordinary child: He is Lord Rama when a kid, or Ram Lalla, as colloquially and affectionately called.

I have a headache from staring into this image. I'm asking, who is leading whom here, where the god-child's step is hesitant, and man's gait is as confident as a grandpa's would appear to a four-year-old? The windblown tail of the former's kurta further adds to the aura of authority in the man and, to top it all, he has lately begun to sport a maharishi effect, with long hair, flowing beard, twirled moustache — all of them snow-white. Millions of my countrymen are swooning over his new mien.

What has the artist in mind regarding the man? If he is thinking what I think he is thinking, and if he has revealed the old man's mind, here's something that exceeds Caesar twice, thrice, a hundred times.

Although I am a Hindu by birth, there's a disquiet growing in me that belongs more in the hearts of those that practice other religions.

I belong to a sect that worships Shiva, and Parvathi his wife, and their son Ganesha, and even Nandi the bull who is Shiva's vehicle. Rama doesn't sit on the altar in our homes. We've all been raised with repeat readings of the Ramayana, of which Rama is the adorable hero. (There's another hero in the epic, Hanumantha, the devotee of Rama, whom we've loved just as much.)

But we don't worship Rama, don't build temples to him. What's more, conservatives in our sect do not even believe in temples. They worship the *atma-linga* which resides within the worshipper. They argue that whereas the static temple is mortal, the self in the roving devotee is everlasting. I'm sure you agree that the argument commands consideration.

And also, speaking just for myself, it's been a long time since I've been in a temple.

I've been reading what could happen to you these days — the reports are from North India — if you won't chant Jai Shri Ram on demand. It supports my theory that those who divide will soon go on to subdivide. A line from the last century is playing on my mind: Will they come for the likes of me, sooner or later?

Image from the Facebook page of Ms Shobha Karandlaje, Hon'ble Member of Parliament. She impressed during a brief tenure as Energy Minister. 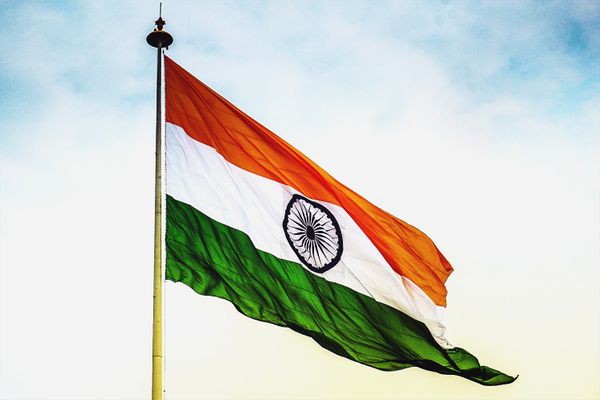 Even when I was five, it was a man that we celebrated on Independence Day. His name was Gandhi, we called him Bapu. He’s not so much in fashion anymore. 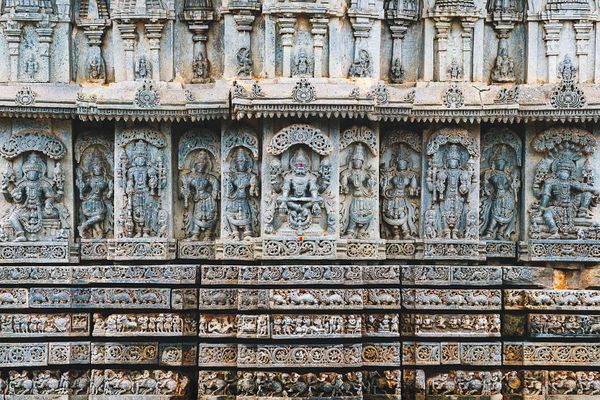 It is over 750 years old, with sculpture done by the two celebrated Hoysala craftsmen of the thirteenth century — Mallitamma and Baichoja.